In 2006, Missaira was a shy girl–she was like any other preteen. She was navigating all the changes we go through during adolescence, and she was doing so with grace. Missaira was uniquely shy– she was born with Oralfacial Syndrome Type 1, a condition that required many surgeries and prompted teasing from other kids.

This teasing led to her rarely leaving her home. She’d pass on answering questions in class, (even though she’d know the answer) because she didn’t want other kids to look at her.

It’s heartbreaking. But Missaira’s story isn’t one of heartbreak, but of triumph and courage. She found CoachArt and learned how to play piano and then the violin. A once shy girl performed a violin solo in front of 400 people at our 2006 gala.

Missaira didn’t want to stop there. The piano and violin had opened doors for her. “CoachArt helped me be a happy kid,” she says. It gave her confidence, and she wanted to spread that confidence to more kids like her.

In 2017, Missaira became a CoachArt coach and was paired with Gabriel. Gabriel was like Missaira, he was reserved and shy, and born with multiple birth defects including a missing right radial bone. Like her, he had gone through many surgeries and was asked by other kids about his abilities.

“CoachArt has been a blessing for us all,” said Nancy, Gabriel’s mom.  “Gabriel hopes one day he too can volunteer for CoachArt.”

Missaira and Gabriel worked together and these two shy kids performed a duet at our 2017 gala. CoachArt isn’t just about connecting coaches with kids impacted by chronic illness, it’s about kids and their families building resilience, strength, and compassion in themselves.

We don’t believe your donations are a “gift” — we believe they’re an investment.

Missaira and Gabriel are just two of the thousands of kids who’ve built resilience and connection at CoachArt. Donations aren’t gifts. Your donation to CoachArt is an investment in making the world a better place.

That may sound a bit lofty, but we do believe it. Just look at Missaira and Gabriel and you’ll see that it’s them that make the world a better place, not us. Our job isn’t to ask for gifts, but to return impact on your investment.

Your donation is an investment in making a positive impact on a child affected by chronic illness. A monthly investment of $18 funds the average cost of 1 child to have 1 month of arts & athletics lessons!

Get Inspiration to your inbox

Sign up for the latest stories and new, fun ways to get involved! 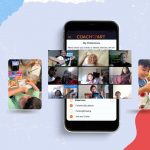 5 examples of impact innovation at CoachArtImpact 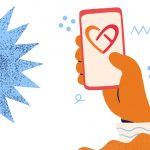