Erick is a CoachArt student whose ambition and drive continue to inspire us.

Meet Erick, at 9 years old he’s already learned (and excelled at) cooking, book publishing, sewing, martial arts, guitar, watercolors, choreography, and so much more.  But Erick was also born with complications, leading to sepsis and then eventually, developing asthma.

His asthma kept him from doing simple things, like attending school. So with a mind as ambitious and excited as Erick’s, the isolation of his chronic illness often prevented him to venture out and seek the arts.

But that didn’t stop Erick. Erick was determined to learn, despite being home.

He wanted to absorb and learn as much as possible, and luckily, with the help of scalable tech solutions, CoachArt was able to expand from Southern California to NYC –and then eventually nationwide.

Tech innovation and nonprofits aren’t really synonymous. Often, it’s seen as an overhead cost, something that takes away from our missions. But we know technology allows for greater impact because it allows us to connect with more kids. When nonprofits have the resources and support to invest in tech solutions, we can scale our impact in exponential ways.

In 2001, CoachArt began supporting kids diagnosed with cancer at Los Angeles Children’s Hospital, eventually, the programs expanded to serve all of the LA area, and then later Southern California. But CoachArt staff was still manually connected volunteers with kids. Every connection took an average of seven hours of staff time.

“When we found out that Nasdaq would let us ring the closing bell, we knew exactly the perfect student,” CoachArt founder Leah Bernthal said. “We knew Erick has been so motivated and so excited for our classes, so when we found our we immediately reached out to his family.”

The Nasdaq closing ceremony “The iconic bell ringing ceremony at Nasdaq MarketSite represents an enormous opportunity to showcase your company and celebrate its achievements and milestones before a global audience.” Says the Nasdaq site.

Erick and his family enthusiastically agreed to ring the bell for closing day, which was a ceremonious example of how when applied, tech solutions can make an enormous, global impact throughout the globe.

We’re thankful for the support of our sponsors and members of the Impact Investment Club, who allow us to thrive and continue growing so every kid impacted by chronic illness can have access to CoachArt Connect, and our programs.

Your donation funds the lesson materials, staff oversight, and volunteer training necessary to provide free art and athletic lessons to even more kids affected by chronic illness across the U.S.

Get Inspiration to your inbox

Sign up for the latest stories and new, fun ways to get involved! 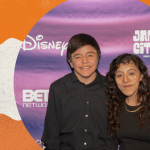 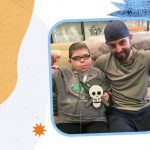 Amazing Gray and the Impact of Volunteering with CoachArtImpact, Volunteer Tips