Behind the Scenes at the Filmmaker’s Camp

On the first day of CoachArt’s Filmmaker’s Camp, Carlos Miranda had no idea what was in store.  He had never held a camera, let alone thought about writing, producing and starring in his own film.  Despite living 11 miles from the famous Hollywood sign most kids in his neighborhood had ever been offered the opportunity to learn about filmmaking.  But on this balmy January morning he entered Thunder studios and embarked upon a new passion.

CoachArt partners RED Cameras and Thunder Studios hosted a week-long Filmmaker’s camp for twelve lucky CoachArt students.  These young filmmakers channeled their inner Eastwood and set out to tell their stories, working behind the scenes and stepping in front of the camera for their moment in the spotlight.

Carlos is no stranger to CoachArt; he joined the program six years ago and quickly learned that his hearing impairment was no barrier to participating in art, yoga, cooking, animation and hip hop lessons.  He had always suspected that he would love acting – after all, his friends and teachers always told him he was a great performer, and he was surrounded by other CoachArt kids so he wasn’t nervous about performing.  “This was the first time I got the opportunity to really act in front of people,” said Carlos.  “I loved being able to see myself on the big screen at the end of the week and to see how much we all accomplished in just a short amount of time.  I was amazed by what the end product looked like.”

Carlos and the other students were lucky to have world-class experts at RED Camera and Thunder Studios as their film coaches.   “Many of our students spend a lot of time in hospitals, waiting rooms, waiting in the car for an appointment to wrap up, or getting pulled out of school and being stuck at home due to illness,” said Coaching Manager Sarah Park. “Thunder Studios is an expansive, creative space that these students can breathe in.  This program allowed our students to be more of who they are and not be defined by the things that limit them.”

On the last day of camp, CoachArt students gathered in front of a small screen as their film coaches played back a scene; eyes widened and smiles lit up their faces when they saw their stories being played back on the screen.  After five days of hard work and dedication these talented CoachArt students walked away with their own short film and are now able to share their stories with the world.

CoachArt kids were introduced to the legendary abstract artist Alma Woodsey Thomas before recreating her famous piece called “The Eclipse.” Take a look at their abstract masterpieces 🎨

Check out the interesting kick-off to this month’s Origami Club: CoachArt kids learned how to create a paper crane and a paper boat that can successfully float in water. ⛵🛩️ Take a look at the papercrafts they created.

CoachArt provides free arts & athletics for kids impacted by chronic illness.
﻿
⬇️ Learn more and how to get involved

Did you know a paper boat can float in water? Coac

#MotivationMonday Here's a little inspiration for

The Summer Paint Club kicked off this month with t

CoachArt wants you to know that you can achieve wh

“I can take medicine and use my inhaler. I love

CoachArt kids were introduced to the Japanese cont

Here's some trivia to prepare you for Thursday's t

This week, we have to show off the creative painti

Ready for some Friday fun? Swipe to follow step by

Congrats to all the CoachArt kids who completed a

Ready for a little Tuesday Tagging? Making a posit

Since 2003, Linda Wehrli dedicated her life to tea

This is exactly what we believe at CoachArt. ✨

The first week of the Gouache Paint Club was all a 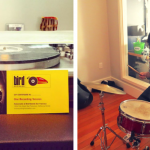